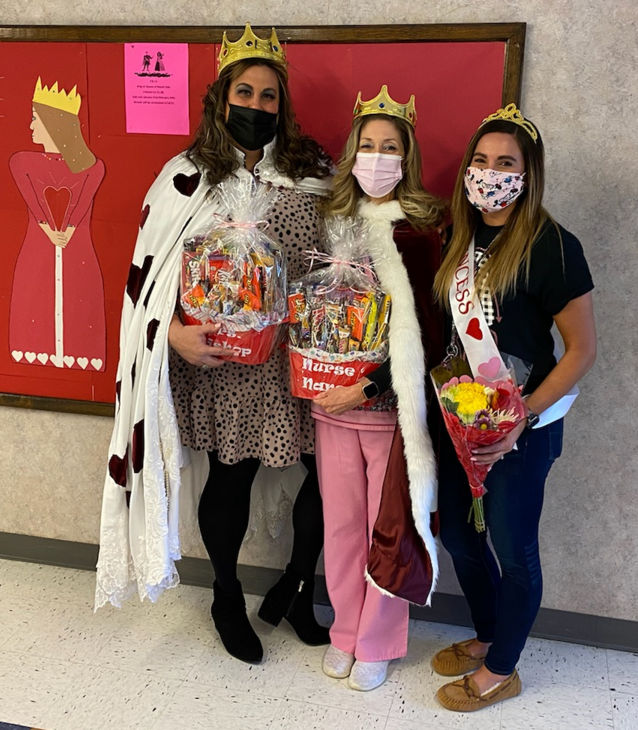 Barkley Elementary School’s annual Queen/King of Hearts fundraiser for 2022 began on January 31 and ran through February 10. The students in the Student Council sold hearts each morning at arrival; four hearts for $1.

Each Valentine’s Day, Barkley crowns a staff member the Queen or King of Hearts. The winner is determined by the number of hearts that were purchased and presented to the staff member by members of the Barkley community. This year there were record-breaking sales! When all the hearts were sold and counted we raised more than $1,400 that will be distributed to a cause agreed upon by the PBIS Committee. This year a portion of the money will be donated to a district employee that is dealing with health issues. The rest of the money raised gets put back into PBIS activities for the students at Barkley.

Not only was there a record-breaking sale on hearts but there was also a tie for the role of queen for the first time in the eight years of the event. This year’s Princess of Hearts is second-grade teacher, Mrs. Theresa Cetnar. She was presented with flowers, a sash, and a crown. Our two Queen’s are first-grade teacher, Mrs. Raelyn Bishop, and Barkley’s school nurse, Nancy Morford. They were presented with royal capes, crowns, and gift baskets on Valentine’s Day. Thank you to everyone who helped support our fundraiser!