Congratulations to Amsterdam High School’s Charli Beekman, who signed her National Letter of Intent to run women’s track for the Division I Boston College Eagles in the Atlantic Coast Conference (ACC). A crowd of friends and family watched Charli sign her letter on April 19 in the AHS gymnasium.

Beekman is the daughter of Charles and Tracy Beekman of Amsterdam. Among her accomplishments in Amsterdam, Beekman:

Beekman is the fifth AHS girls track athlete to

compete at the Division I college level since 2018. Other have included Lauren Santiago/ Sacred Heart University and Gabby Stanavich/ St. Francis University –Pennsylvania (2019), and Olivia Lazarou/Iona College and Brenda Santana/ University at Albany (2018).

She is also following in the Boston College footsteps of her Uncle Josh Beekman, an AHS graduate who was an All-American football standout at BC and later played in the National Football League (NFL) for the Chicago Bears. 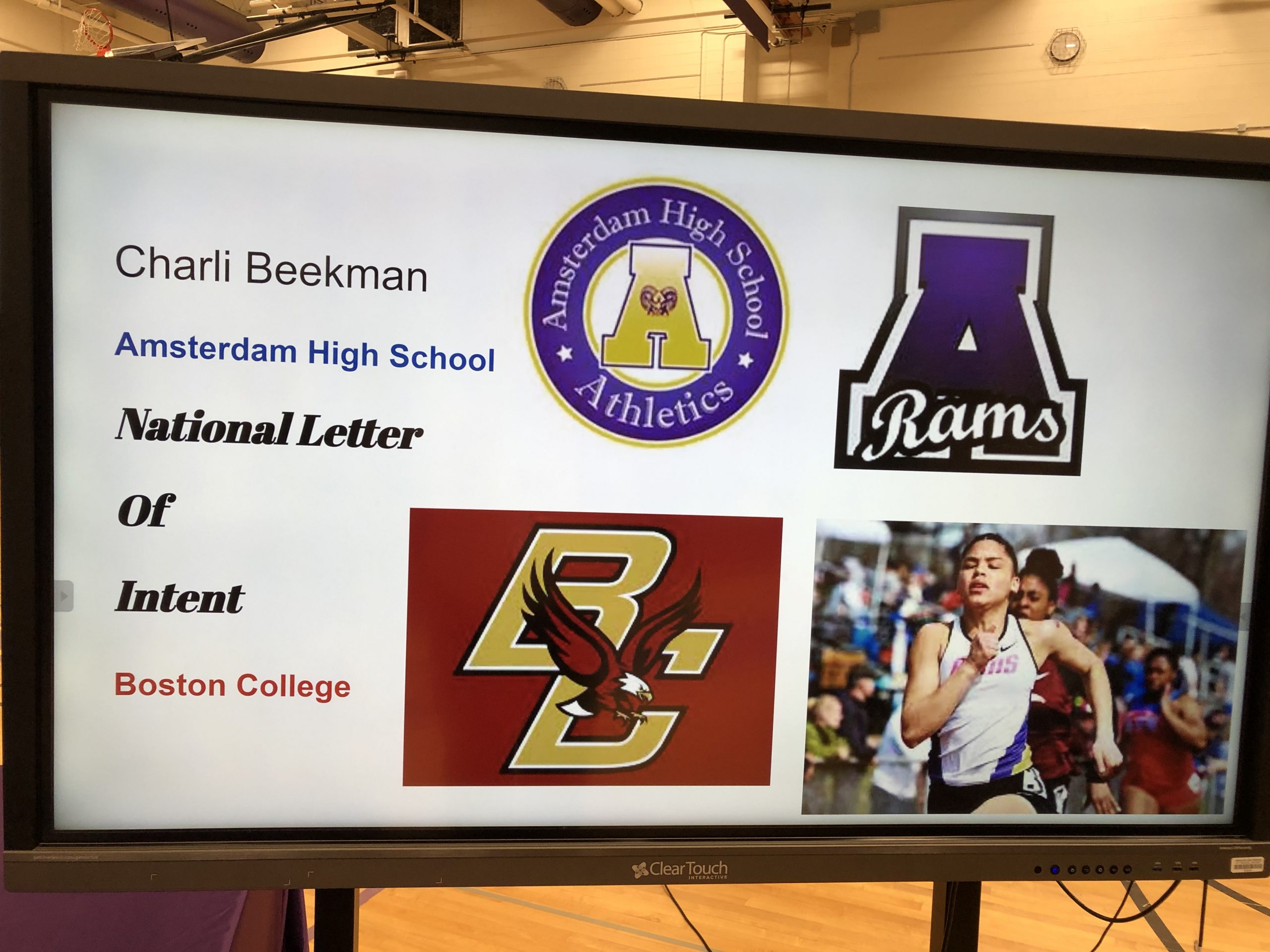