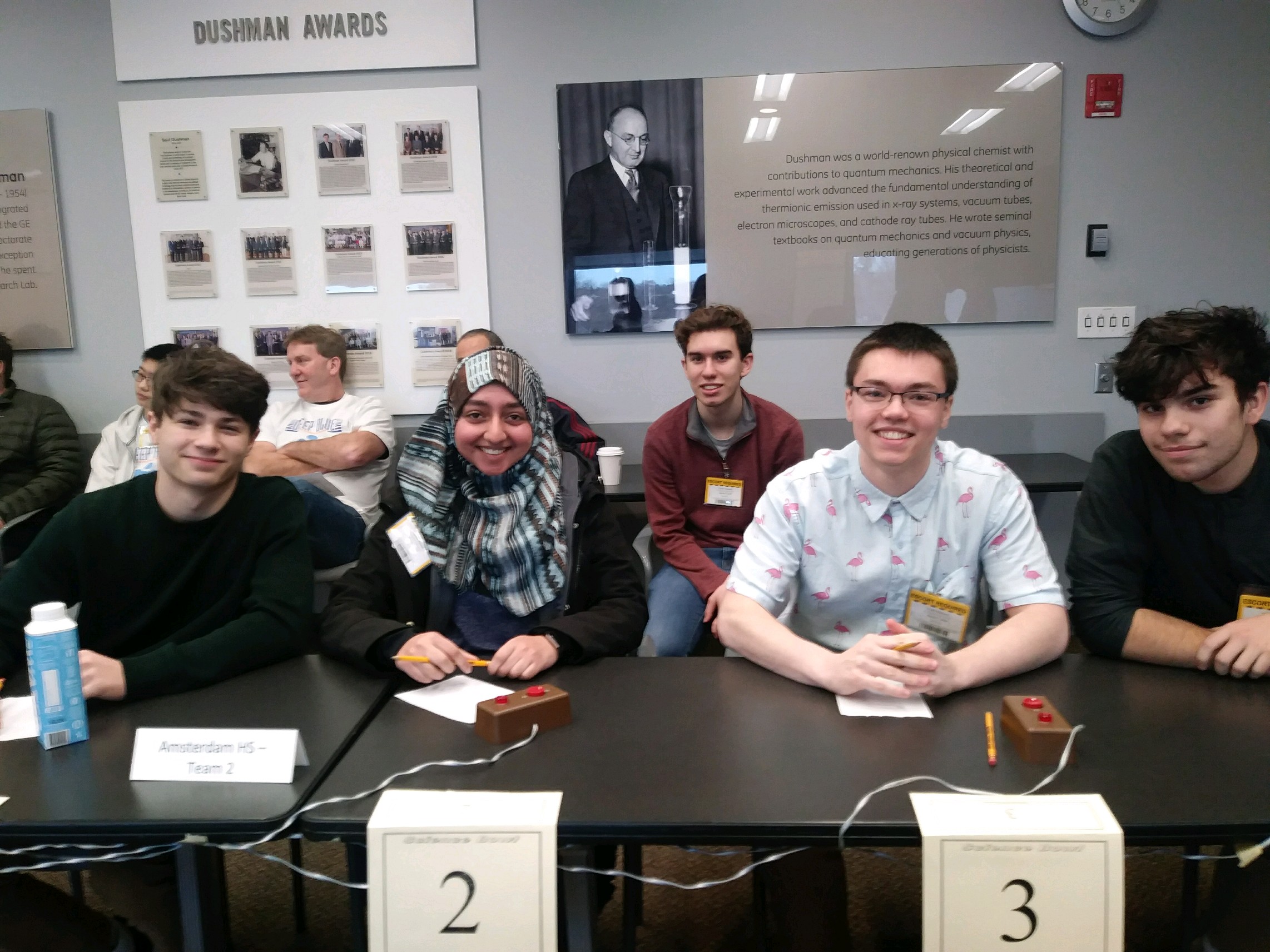 Two teams from Amsterdam High School competed in the U.S. Department of Energy’s annual National Science Bowl at the regional site in Niskayuna on March 7. Middle school and high school teams complete in groups of four with one alternate to answer science questions in a fast paced game show format.

The team came in fourth place in their division and went to the quarter finals at the regional level. The team members this year were David Bertuch, Syadda Husain, Noah Mascaro, Lucas Sarabia and Mason Sarabia.

This is the 10th year that students from the Science Technology Entry Program (STEP) at AHS competed, and the second year that the Science Honor Society sent a team.