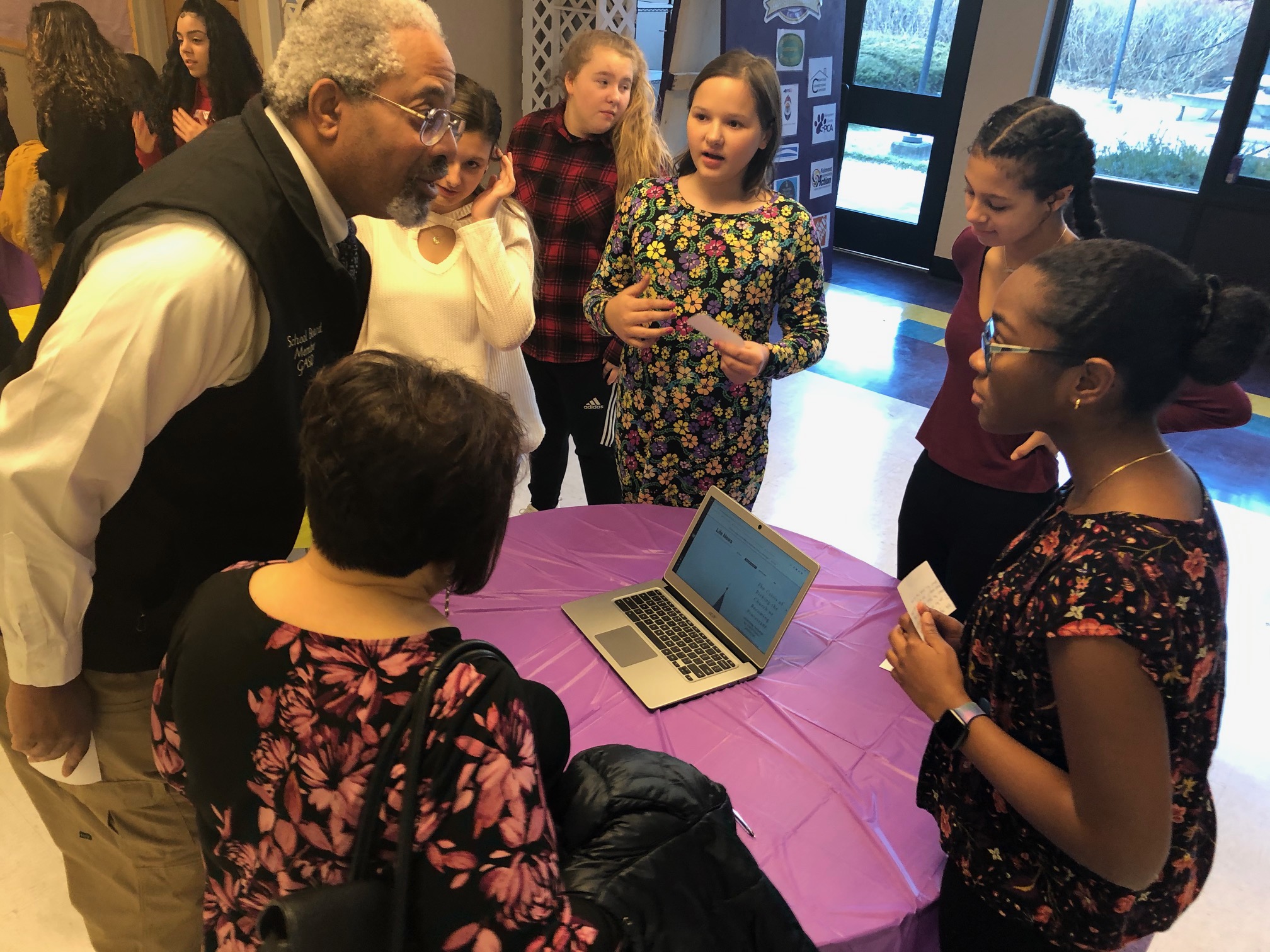 Ninth grade students in the College and Career Pathways program at Amsterdam High School held a dynamic Shakespeare Film Festival and Expo on Jan. 8, kicking off the school day with a bang. For the first part of the event, five scenes from the classic play Hamlet, acted and directed by the students, were screened in the auditorium. These five scenes were finalists in the class competition for best scene. Audience members voted on the best overall after hearing from the acting groups and viewing their performances. Students received acting tips from BOCES employee and actor/director, Aaron Flynn, throughout the project.
Following the films, the auditorium lobby came alive as students held a Renaissance newspaper expo, where they displayed the newspapers they had created both electronically and good old fashioned paper version. The newspaper expo showcased their knowledge of Global Studies. Each newspaper contained a “current events” article, an advertisement for a “new” technology, an interview with a Renaissance figure, and an editorial about the Protestant Reformation. Students worked with professionals with experience in the newspaper and communications field while writing and designing their newspapers, such as Craig Clark and Kara Granato (BOCES Communications Service), and Kelsey Altavilla (Your Workshop).
There are about 65 students enrolled in English 9 College and Career Pathways at AHS. More projects are on the way this school year so stay tuned. Great job everyone!