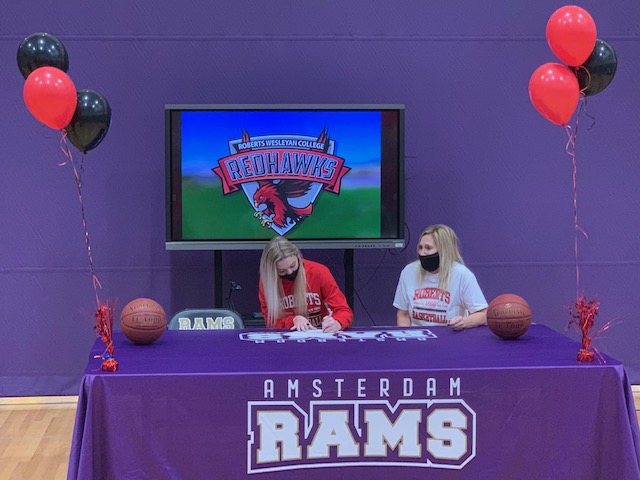 Congratulations to Amsterdam High School’s Andie Gannon, who signed her National Letter of Intent to play women’s basketball at Division II Roberts Wesleyan College in Rochester, NY. Gannon is a 5-foot-10 Rams senior forward/team captain and a member of the Class of 2021. A crowd of friends and family watched Andie sign her letter on Nov. 17 at the Amsterdam High School gymnasium.

Gannon filled up the stat sheet throughout her junior season for an Amsterdam team that finished second in the Foothills Council. Gannon led the Lady Rams in scoring, rebounding and steals, earning her the honor as The Recorder’s 2019-20 Girls’ Basketball Player of the Year.