Barkley Elementary School held its annual King/Queen of Hearts Assembly fundraiser last week. This year, part of the proceeds were donated to Mr. Morales (and his family), a longtime resident of Amsterdam, who recently was injured and lost everything in a fire. Since the beginning of February, students purchased hearts to put on teachers’ doors to raise money. The teacher with the most hearts was named the King/Queen of Hearts. 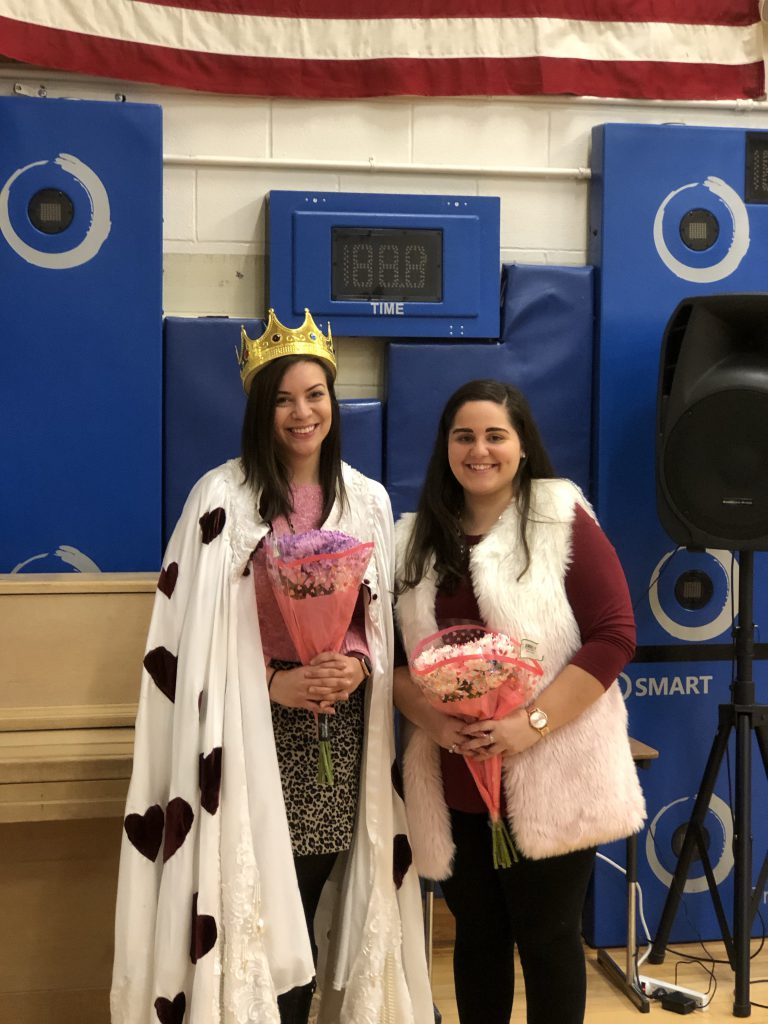