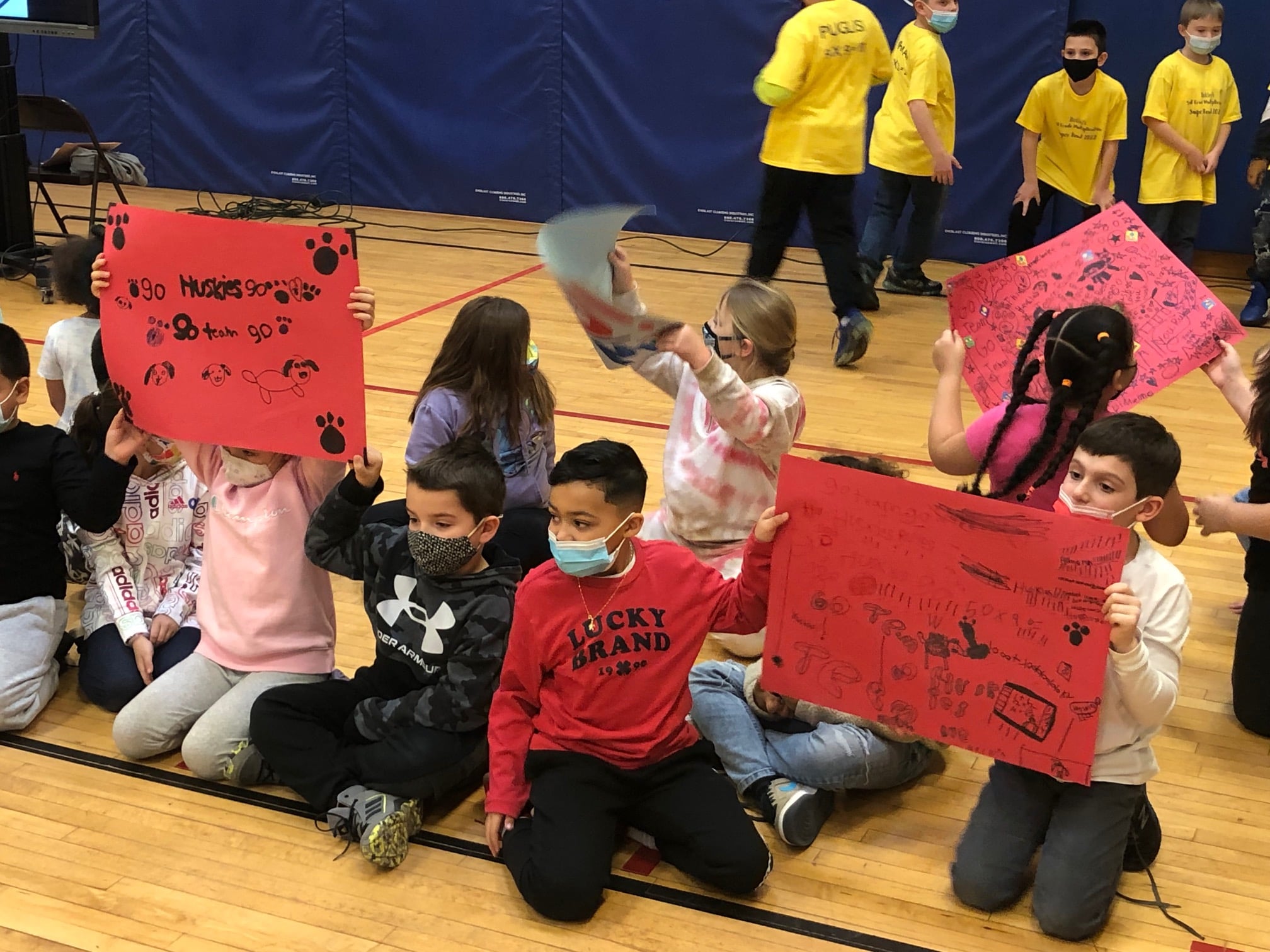 Three days before the “big game” is scheduled to kick off on millions of TV sets across the world, Barkley Elementary School had its own Super Bowl of sorts. The first Super Bowl of Multiplication was held in the gym on Thursday afternoon, pitting third graders against one another in a contest that lived up to the hype.

The students prepped for the event for weeks by taking timed multiplication tests to gain fluency with their facts from 0-10. They worked hard to get to this point.

As a culminating project for all their hard work, the gym floor was taped down to resemble a football field, and the top 10 multipliers from Miss Swiderski’s class and Mrs. Randel’s classes faced off in the Super Bowl of Multiplication. AIS Math teacher Mrs. Cognetti was the referee.

Here is how the game was played: A team took the field and the team captain threw the football to a teammate. When a pass was competed, Barkley Principal Rad (also the game announcer) gave the players a multiplication question. Each time a fact was answered correctly, the team moved 10 yards down the field until they score a touchdown. Every aspect of the game was connected to multiplication.

In preparation for the event, the students worked together to come up with their team names, colors, mascots and player numbers. In this Barkley Super Bowl of Multiplication I the Huskies teed it up versus the Bolts. Team player and half time show T-shirts were purchased and personalized by the children’s classroom teachers. Mrs. Kroencke’s class and the rest of the third grade multipliers also performing a song featuring the multiples of 7 during the half time show.

Just like the NFL Super Bowl, these multipliers had fans as well. The game was viewed in person by the Barkley second grade classes, who cheered and held up signs to show their support. All other grade levels viewed the action remotely from their classrooms.

Every player (regardless of the score at the end of the 4th quarter) received a trophy for mastering their multiplication facts, showing sportsmanship and playing a great game.