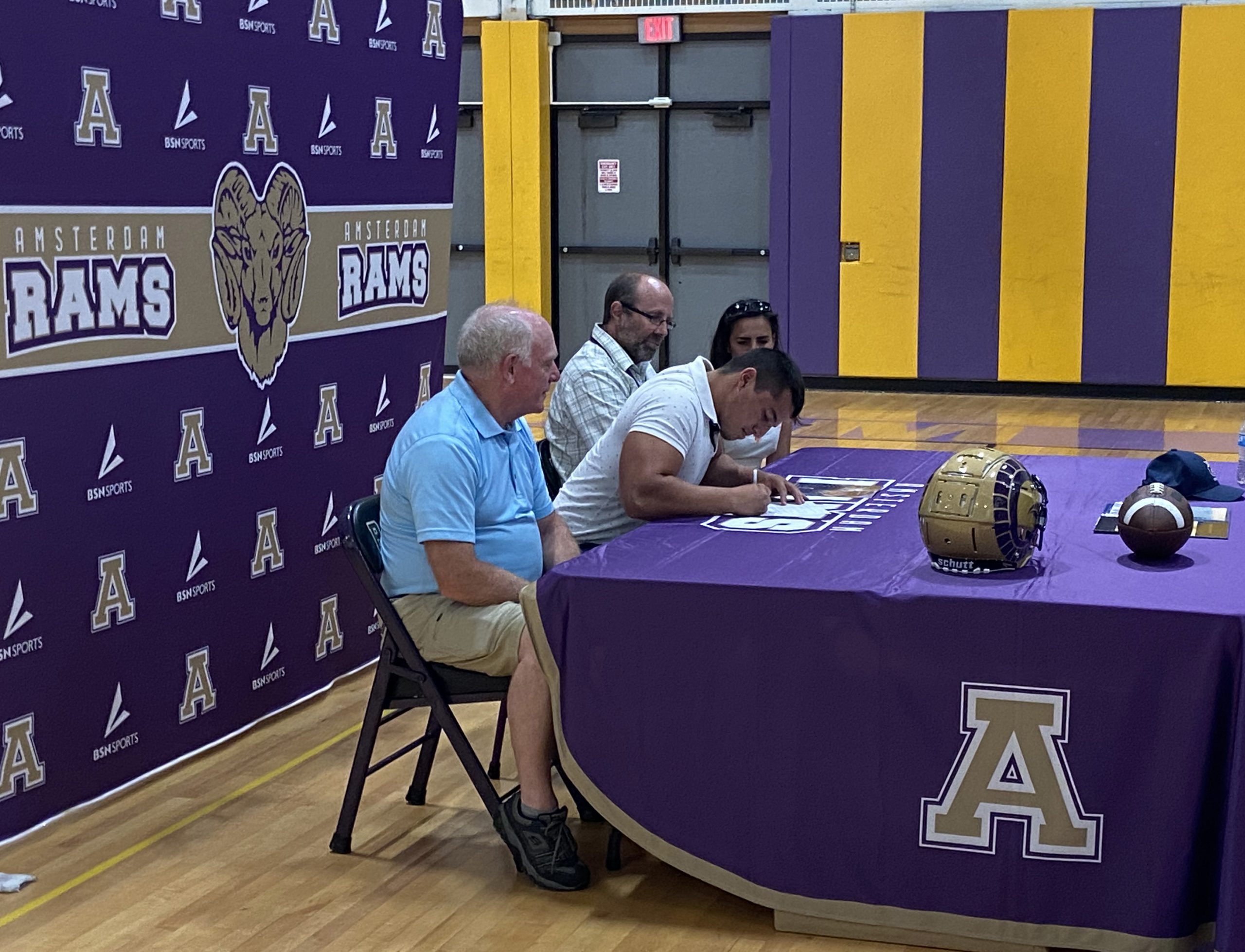 Congratulations to Amsterdam High School senior Alejandro Christopher, who signed a letter of intent Tuesday to attend the United States Coast Guard Academy and play football as a linebacker. A signing ceremony was held in the Amsterdam High School gym with his coaches, family and friends by his side. The U.S. Coast Guard Academy recognized Christopher for his superior academic achievement and leadership potential by offering him an academy scholarship. He will be sworn into the Class of 2025 on June 28.

The U.S. Coast Guard Academy based in New London, Connecticut, is an accredited college educating future Coast Guard officers. The Academy’s Corps of Cadets represent the nation’s best and brightest students, ready to serve and lead their country. Admission to the academy is highly competitive and fewer than 400 appointments are offered annually from a pool of more than 2,000 applicants.

Cadets receive a full tuition scholarship and monthly stipend for a five-year service commitment to the Coast Guard upon graduation. All graduates earn a bachelor of science degree and are guaranteed a position of leadership as a commissioned officer in the U.S. Coast Guard.