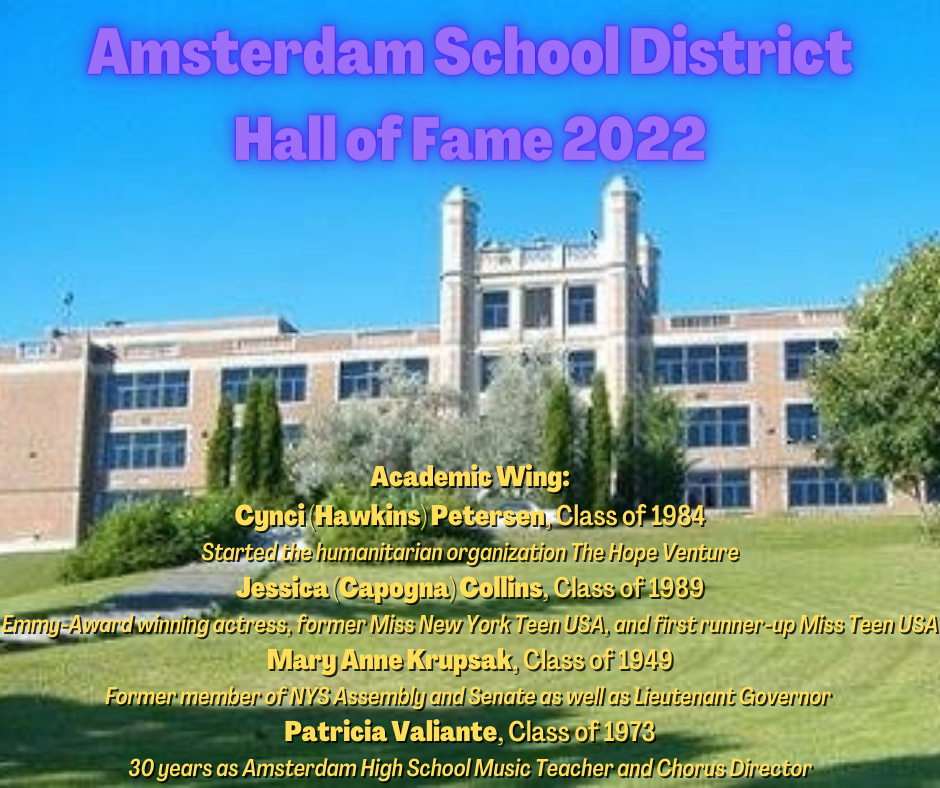 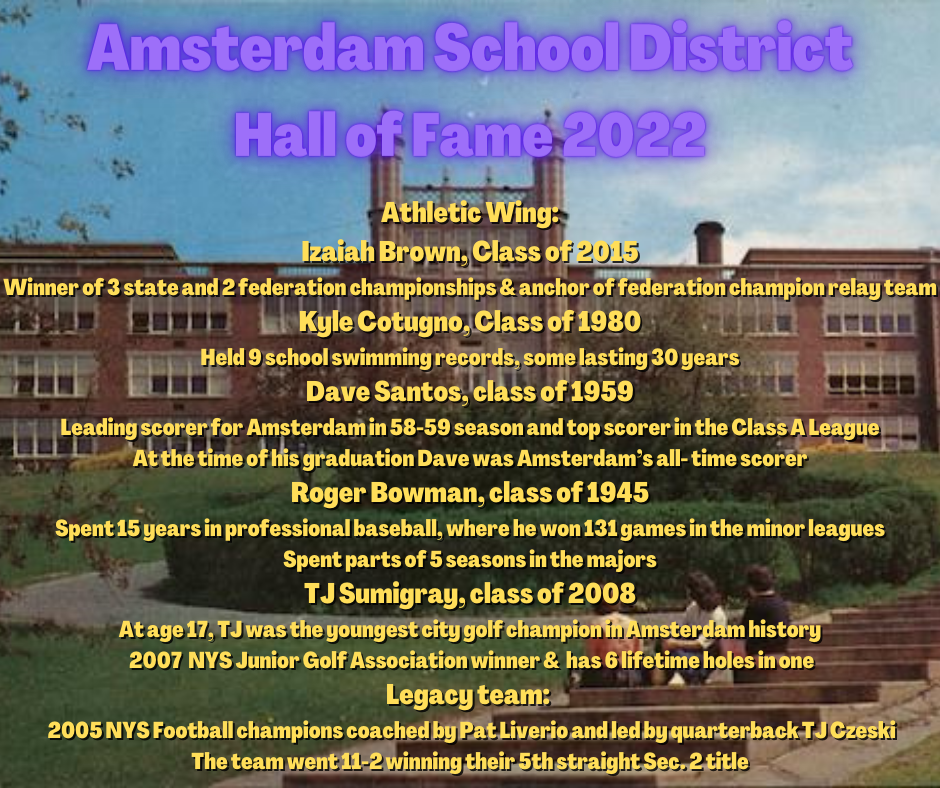 The Amsterdam School District Hall of Fame shall consist of a 12-person committee. Membership of the committee will be composed of the following:

Each membership is a three-year term.

There will also be a co-chairperson elected who will serve as the secretary.

The Chairperson shall appoint individual committee members to the following committees

No committee shall create any financial liability of the Amsterdam School District Hall of Fame unless authorized by the Chairperson of the committee. All of these committees shall report to the committee at-large at each regular meeting.

On or about January 15 of each school year the Amsterdam School District Hall of Fame Committee will convene and make it known that they will be accepting nominations for a 45 day period commencing on February 1.

On or about 45 days after the call for nominations is made, the Hall of Fame Committee will meet to review and screen nominations. The committee can seek out additional information on applicants from a variety of sources.

Each proceeding year up to a maximum of 5 inductees will be considered per wing.

The Hall of Fame Committee will use the Siena model to vote. The nominees will be ranked according to how many are eligible in the wing which they are seeking induction. A person’s top choice will be given the maximum points, their second choice will receive 1 less point and so on and the 5 highest point getters per wing will be the inductees for that year.

Notification to the Hall of Fame inductees, the public and media will be made within two weeks of the nomination vote.

Induction activities will begin on the Friday night of Homecoming Weekend with an induction dinner at a local restaurant decided upon by the Hall of Fame Committee. Inductees may have a nominator introduce them and each inductee will receive their Hall of Fame plaque at this time.

On Saturday the inductees will be invited as guests to ride in the Homecoming Parade before the football game.

At halftime of the Homecoming football game all inductees will be introduced individually to the public.

This document may be amended by a two-thirds majority vote of the total number of committee members.

A nominee must have graduated from high school (or due to unforeseen circumstances, could not graduate) a minimum of 5 years prior to the nomination.

Nominations for Academic Wing of the Hall of Fame may be made for anyone living or deceased in the following categories:

Once a candidate is nominated in a category, he or she will be evaluated using the following criteria:

In extreme or extraordinary circumstances the Hall of Fame Committee reserves the right to waive the 5-year requirement.