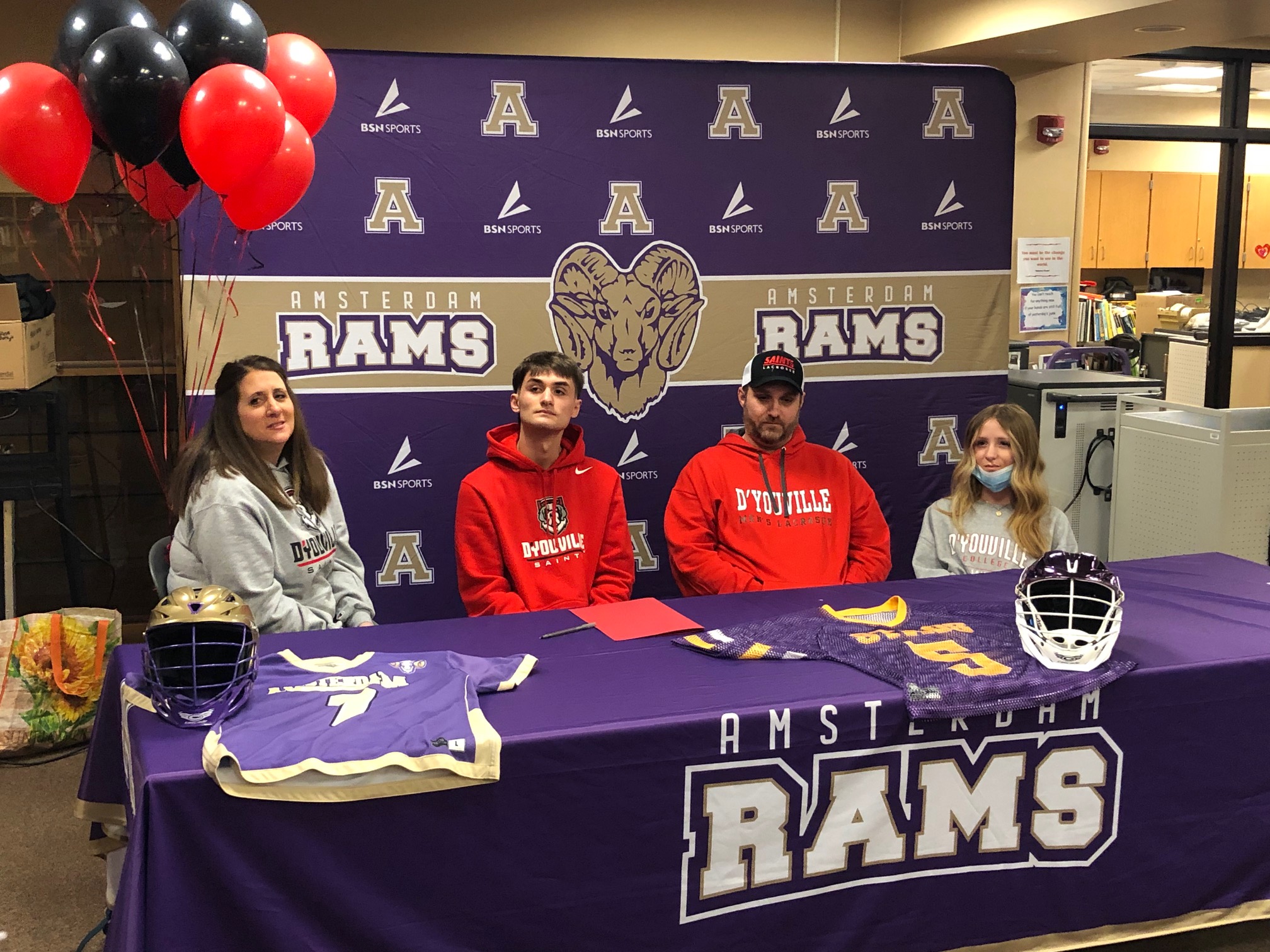 Congratulations to Amsterdam High School senior Brady Naish, who signed a national letter of intent today (February 10) to attend college and continue his sports career in lacrosse at the Division 2 level. A signing ceremony was held in the Amsterdam High School media center with a large group of coaches, family and friends by his side.

Naish will be attending D’Youville College in Buffalo in the fall and playing lacrosse for the Saints.

Naish has been involved in lacrosse in Amsterdam since he was young and was one of the original members of Rugged Lacrosse, Amsterdam’s youth program. He started playing Amsterdam school lacrosse in 7th grade and has played nearly every position on the field.

During his varsity career at Amsterdam High School, Naish was the second leading point scorer on the team as a junior, and is one of two returning Attackmen for the team. He has also participated in different lacrosse club teams including the Albany Stags, founded by Scott Marr and Liam Gleason, the coaches for the State University at Albany and Siena College.